Woodworm is a generic description given to the infestation of a wooden item by the wood-eating larvae/grubs of one of many species of beetle.

Signs of woodworm usually consist of holes in the wooden item, with live infestations showing powder (faeces) around the holes. The size of the holes varies, but are typically 1mm to 1.5mm in diameter for the most common household species. Adult beetles which emerged from the wood may also be found in the summer months.

Typically the adult beetles lay eggs on, or just under the surface of, a wooden item. The resulting grubs then feed on the wooden item causing both structural and cosmetic damage, before pupating and hatching as beetles which then breed, lay eggs, and repeat the process causing further damage.

As the beetles evolved consuming dead wood in various forest habitats, most grubs, if not all, typically require that the wooden item contain a higher moisture content than is normally found in wooden items in a typical home.

A building with a woodworm problem in the structure or furniture probably/possibly also has a problem with excess damp. The issue could be be lack of ventilation in a roof space, cellar or other enclosed space within an otherwise dry building.

Woodworm infestation is generally controlled with chemical insecticides. However, it is also advisable to investigate and solve possible damp issues, as dry wood is not usually affected, and wood that remains damp may be re-infected at a later date.

Watch our video below to find out more about Woodworm and how we can help you. 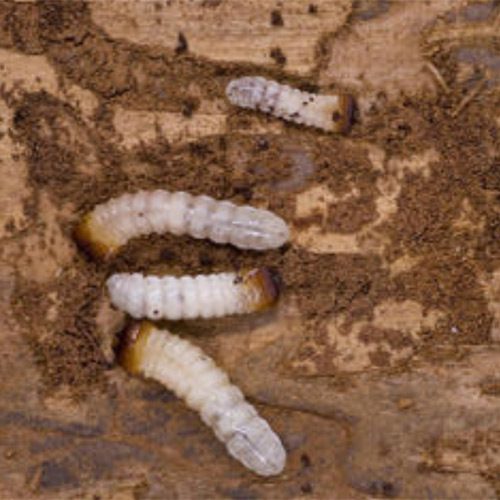 Silverfish are elongated, flattened insects typically 13–25 millimetres long. They are active at night and hide during the day. When objects are moved where they are hiding, they dart out and seek new hiding places.

Silverfish are born whitish, but develop a greyish hue and metallic shine as they get older. They have three long cerci at the tips of their abdomens, one parallel to their body, one facing left, and one facing right. They also have two small compound eyes.

The female lays groups of less than fifty eggs at once, deposited in small crevices. The eggs are oval-shaped, whitish, about 0.8 millimetres long, and take between two weeks and two months to hatch. Silverfish usually lay fewer than one hundred eggs in their lifetime.

When the nymphs hatch, they are whitish in colour, and look like smaller adults. As they moult, young silverfish develop a greyish appearance and a metallic shine, eventually becoming adults after three months to three years. They may go through seventeen to sixty-six moults in their lifetime, sometimes thirty in a single year, which is much more than usual for an insect.

You could use a residual insecticide, which you can buy from hardware or DIY stores. Treatment needs to be applied to all possible hiding places such as cracks, crevices, inside floor mouldings, around heating and hot water pipes, in and behind furniture, cupboards, even attics.

Remove old boxes and stacks of papers, magazines, books and fabrics.
Often reducing available water and lowering the humidity in the home with dehumidifiers and fans can help.

Repair leaking plumbing and make sure areas such as kitchens, bathrooms and laundry rooms are well ventilated.

Keeping your home clean and free from damp will help prevent reinfestation. 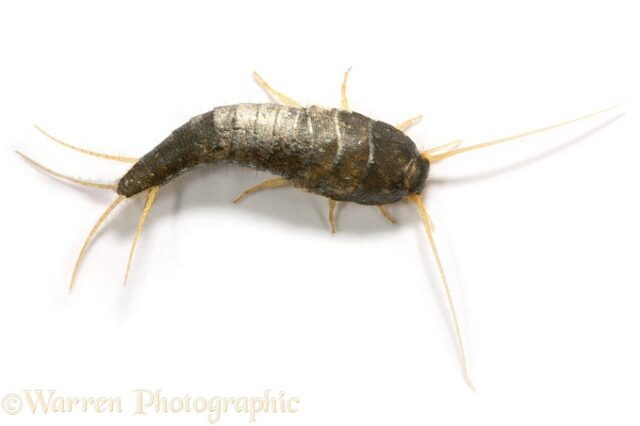